On the 24th of March 2018, at around 10AM, NICON Insurance Limited officials came down to the BOS building situated at the north campus area in support of the School Management to present the Student Union Government with a CARAVAN.

Get Free 500MB On PolyIbadanArena.com

Management Implored To Extend Wi-Fi To Other Areas On Campus

In his speech, the Deputy Rector urged the Student Union Executives to maintain a proper maintenance of the vehicle. In his words, he said “the fear of giving vehicles to students solely lies on its maintenance”.

He further advised the executives to avoid many hands on the vehicles such as inexperience drivers as an example and also, stated that, only licensed drivers should be allowed to steer the vehicle. 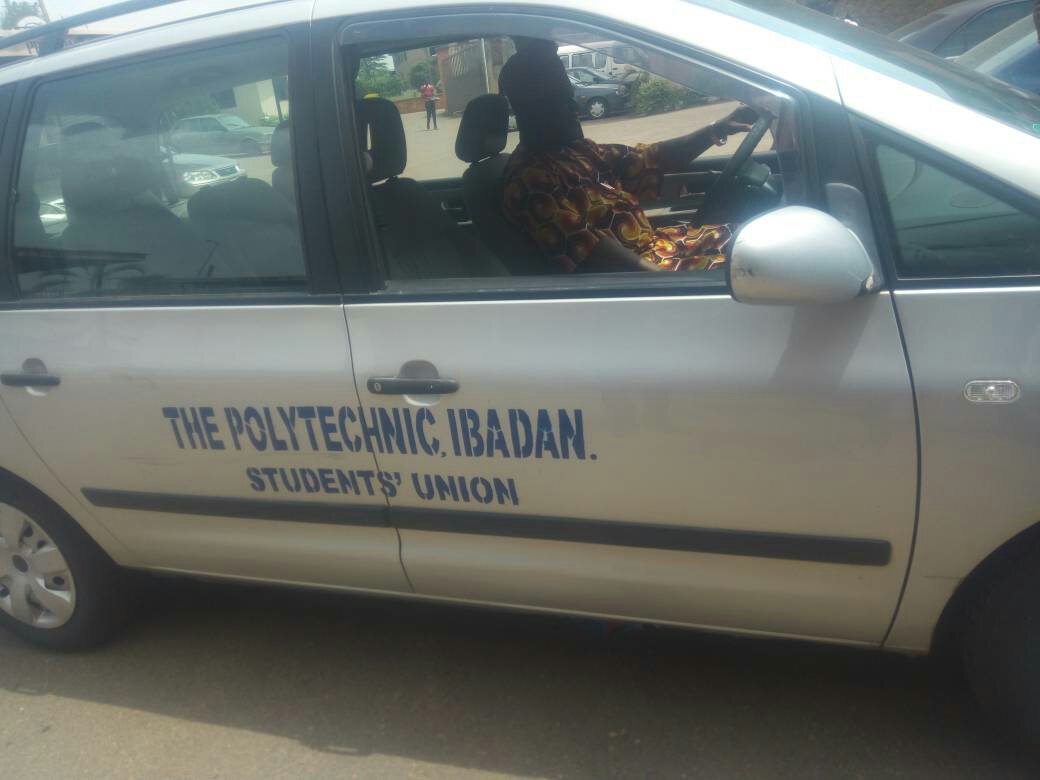 In the same vein, the Dean Student Affairs gave applause to the school management for a job well done and gave his words to the SVE that the vehicle was as a result of plight of its previous SVU on the need for a mobile vehicle which will help ease the movement within and outside the campus and also that, students does not have a parallel operation with the management. He added in his words that, students should not make themselves unnecessary tools, consultation should be observed before any decision be taken.

While giving his speech, Mr. Kola Ayanfenwa assured the management that, this is just a beginning of a mutual relationship with NICON INSURANCE LIMITED. He cited several donations such as fans, generators and the erection of fence the company has made to the school and through a scheme available to the student welfare “Insurance Scheme” across various institutions in Nigeria.

He added that this has been part of the Company’s Corporate Social responsibility. He  eulogized the management for subsidizing the amount paid by the students on Insurance, through the consideration of the economic situation in the country.

The Student Union Government however gave their words of appreciation to both the school management and the representatives of the NICON Insurance Limited.