It was an absolute display of dazzling skill, superiority even in the game of soccer on the 19th April, 2018 as Queens from the Faculty of Business and Communication Studies displayed their football prowess over their counterpart from the Faculty of Science by winning in thrilling match with 5-0.

The competition marks the second edition of Female football competition organized by the immediate past Student Union Government, led by Com. Edema Peter. Following the same pattern, with the spirit of sportsmanship did Com. Kuyoro assisted by the sport director, Com. Adeniyi Molik.

Pre-match analysis was organized by the Press Council, The Polytechnic, Ibadan which featured the members of the press as Pundits, featuring the SUG Sport Director and other members of the two teams.

The first goal of match came earlier in the first half of the game as one of the FASSA players was guilty of a penalty which FBCS player made no mistake in converting it to make it 1 nil. After few minutes, two goals were bagged consecutively making it 3-0 in the first half. 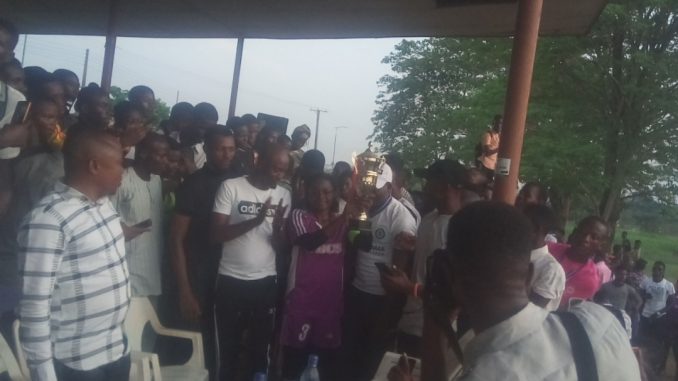 Earlier in the day Faculty of Financial Management Studies Queen came third in the competition, after coming victorious against their opponent from Faculty of Engineering.

Lateefat Abiodun (FBCS) was awarded the Golden Boot as the highest scorer while her team went home with the GOLDEN TROPHY.