The Swearing-In Ceremony for the 2018/2019 Students’ Union Executives and members of the Student Representative Council which was held on Friday, 5th October, 2018 at the Assembly Hall, North Campus had in attendance, The Rector of The Polytechnic Ibadan, Prof. Olatunde Fawole, other management staffs, members of the Board of Studies, Deans of Faculties, Parents and Students.

The Rector, Prof. Olatunde Fawole declared the ceremony opened. The newly elected executive members and members of the Students’ Representative council took the oath of service as they were duly elected by the registered students of The Polytechnic Ibadan. 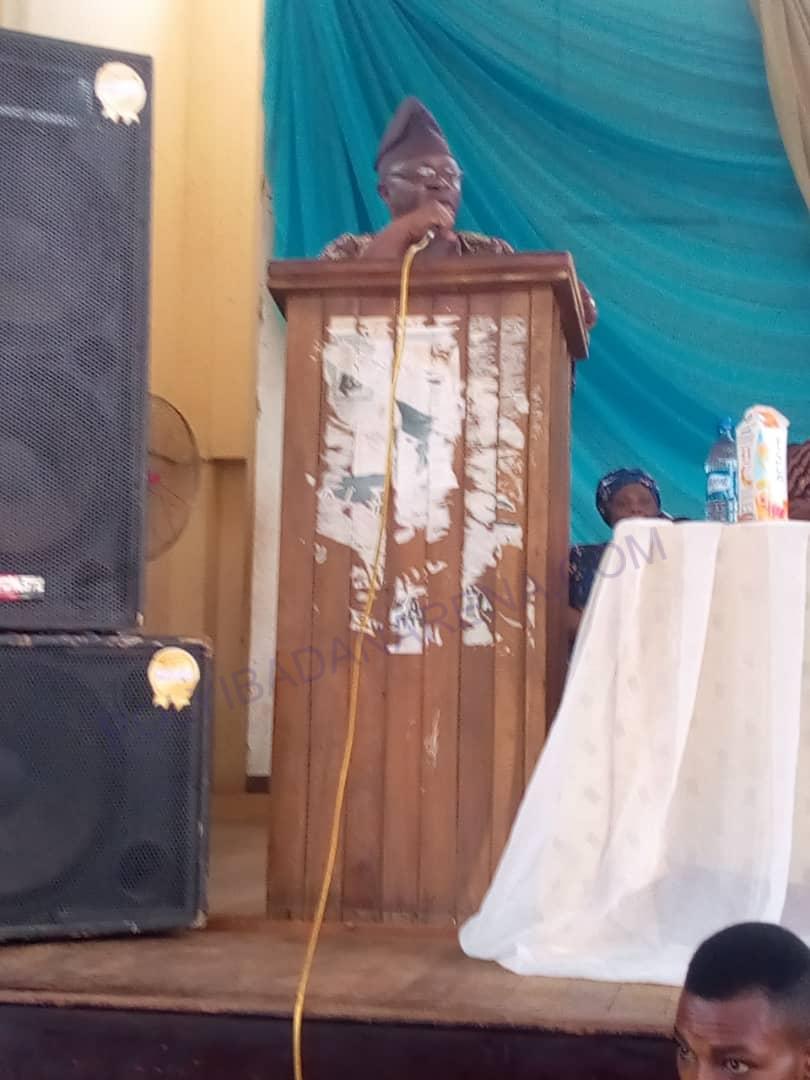 In his address, he eulogized the efforts of the electoral committee for the just concluded free, fair and credible election. He also stated that the Union is an avenue to train students as leaders who would in future move the nation forward in all ramifications. He, however, implored them to be prudent in the utilization of the union’s resources as well as to make landmark projects that will live long whilst they leave the campus.

He stated further, “It is imperative to note that Students’ Union is not a vehicle for intimidating members of the public and fellow students. Students leadership must eschew political vendetta, internal wrangling and destructive youthful exuberance which can tarnish our collective image. Also, on our part as the Management staff, we ensure that no matter the intensity of protests and violent demonstrations, the final resolutions usually come through dialogue. Therefore, under no circumstances should you take laws in your hands under the guise of ALUTA”

While giving his first speech, the newly elected President, Com. BAYONLE AKADIRI appreciated God for the rare privilege and the Management for conducting a free and fair election. In the same vein, he reaffirms that the union comes from an enduring spirit of achieving a common goal as intellectual fighters for emancipation. He, however, pleaded to the other executive members and the students as a whole to support him in unity and peace.

He reinstated further, “I pledge my allegiance to you to carry out all that I have promised and ensured that you never regret your actions in voting me and my co-executive in. We believe the power belongs to the people and we rest on your power, but in unity, we shall rejuvenate our dear students’ Union.”

During the ceremony, it was observed that the outgoing Executives and Senators were absent except the Speaker of the house, Sen. Olowookere which led to the cancelation of the outgoing Students’ Union President’s speech

While the Rector was giving his closing remarks, the outgoing executives remained unrecognized as some members of the administration led by the President, Com. Emmanuel Kuyoro walked into the hall.

Also in a bid to address the strange attitude, The Press Council had a chat with the the Dean Students’ Affairs, Mr Lasisi where he stated that “the reason for their coming late is best known to them but the students and the management can be assured that Life is a Give and Take”.

The event also featured a music presentation by the Music Department.

The ceremony was declared closed at about 11:51 am by the Rector after which the National Anthem was recited.