On the 13th of December, 2018, the Students’ Union Government of The Polytechnic, Ibadan, presided by Com. Akadiri Bayonle Seun decided to have a peaceful walk to express their feelings of discomfort about the recent increment in the tuition fee. 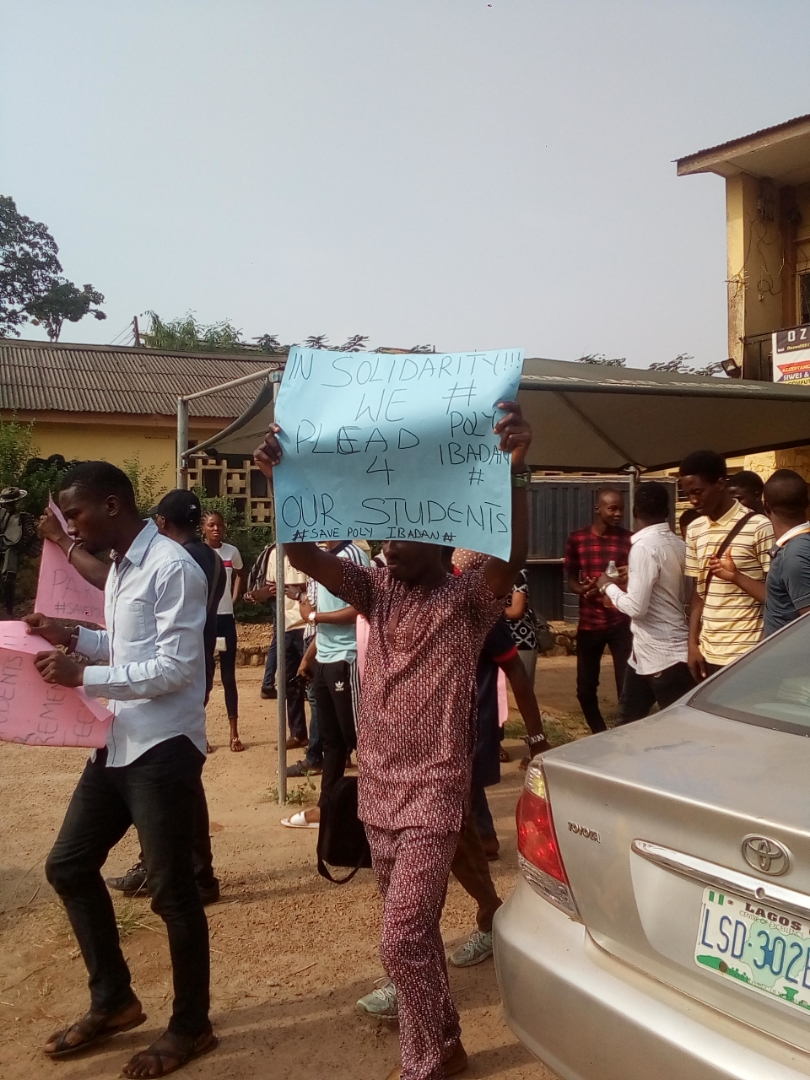 The peaceful walk which started from the Students’ Union Building in North Campus, to the South Campus of the school was disrupted at the Sport Pavilion of North Campus by the School Security Personnel.

The disruption which led to the President of the Union, Com. Akadiri Bayonle Seun being assaulted, and their placards being destroyed, was spearheaded by the Chief Security Officer of the school. 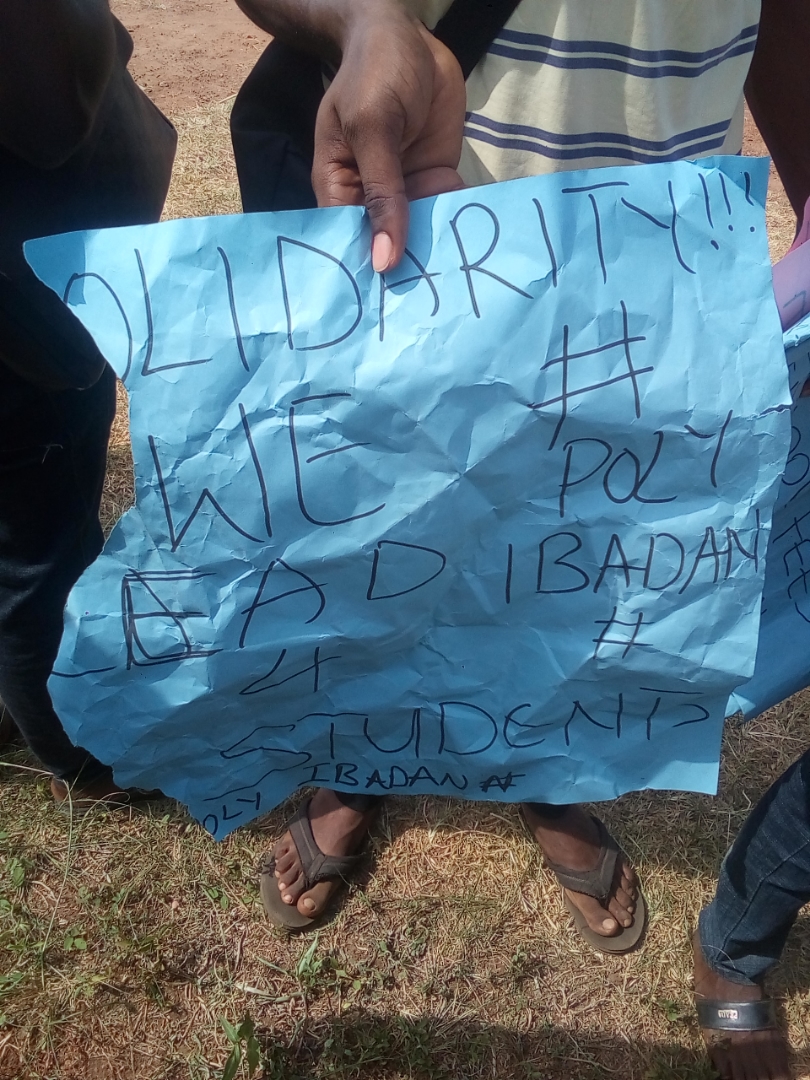 In the post “Peaceful Walk” talk with the President, Com. Akadiri Bayonle Seun, he said, “This isn’t a protest, this is just a peaceful walk of solidarity to reinstate our stance on the no increment of the tuition fee and yet, I was assaulted, slapped and in the process, lost a button of my shirt.”

The Students’ Union Government, with this, redirected their peaceful solidarity walk to the Directorate of Students’ Affairs office where the Dean, Dr. Sikiru Ajibola implored the Union to exercise patience, maintain calmness and not retaliate consequence of the assault.

The Dean furthered that, the agitations of the Union being poured out through letters have been sent to the appropriate offices, and that the Board of Governing Council of the institution will take the necessary steps of action.