The orientation programme organized by the Directorate of Students’ Affairs was declared open on Wednesday, 13th March, 2019 by the Acting Rector of The Polytechnic, Ibadan, Mr. Femi Ipadeola, where he gave the necessity of what is expected to be known by all students, who they are expected to walk with, and what they are expected to do being a student of the institution.

Subsequent to that, the Acting Registrar, Mrs E.A Omole, addressed the students present for the orientation program based on their basic mission in the institution, in her motherly advice, she made it known that to be a successful pundit, moral consciousness is essential.

Following the segment of the orientation, the atmosphere sneaks to the campus security issue and case of cultism, where the Public Relation Office of the Oyo State Police Command, Olugbenga Fadeyi, was invited to address the issue. In his speech, he said that the Nigeria Police Force of all divisional Headquarters operate for 24hrs, and also their main point is for them to secure both lives and properties of citizens in the community.

He emphasized also on the statement, “POLICE IS YOUR FRIEND” where he explained that no matter how much a crime is being committed, it is said to be an action of omission, and when an action is being engaged against the constitution law, then it can be said that the Police might not be one’s friend.

Furthermore in his speech, he advised that it is expedient for all students to adhere strictly with all laws of the institution and that of the community.

In regards to the vital dissemination of information, and the widespread of knowledge that needs to be known, the Chief Librarian of the institution, Alhaji Sanni, welcomed all and sundry into the series of the 2018/2019 academic session orientation for the newly admitted students. He started his speech with colours of questions, the like of who are those expected to be in the library? And he answered all academic related question. In estimation of the activities expected to be engaged on in the Library, is basically the office to be an intermediary that connects everyone and learning together, and the information center, that provides wide information to all who deem it imperative to gain knowledge.

To turn the atmosphere red and filled with fun, the music technology department added some ingredients to spice the event with their pops and foreign music, which everyone got amazed with their performance. 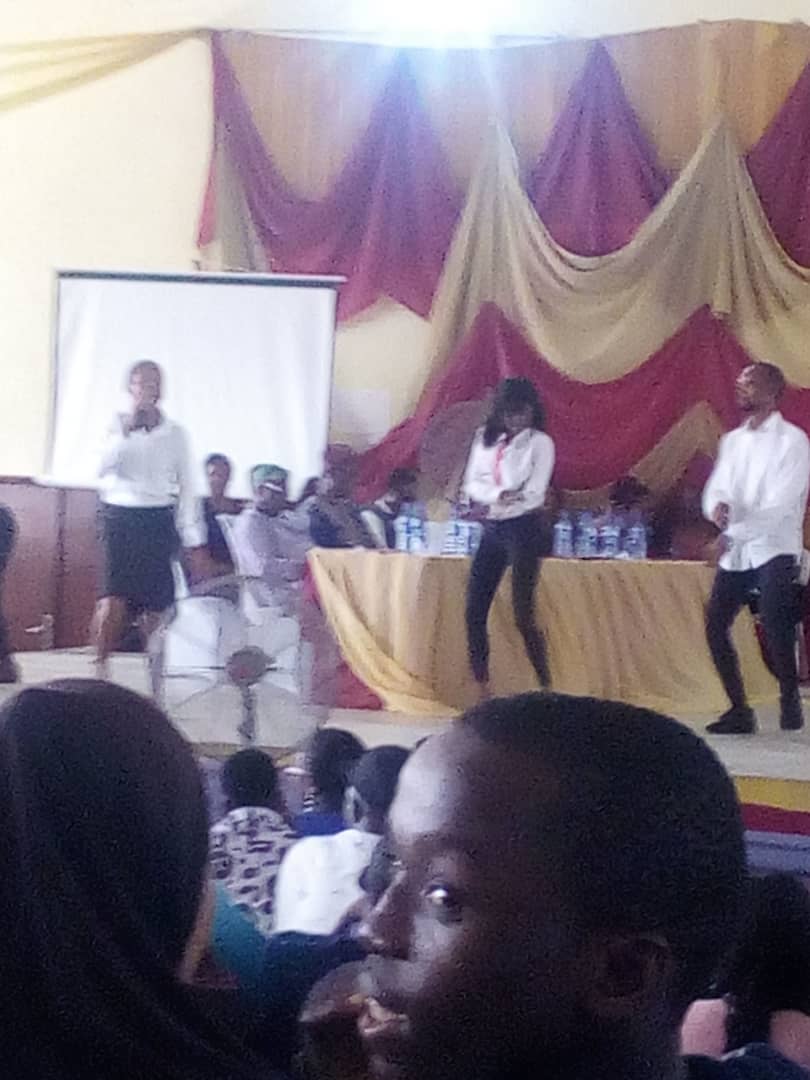 Back to the security on campus and cultism as a case study, the Chief Security Officer, Rtd. Captain Ayo Vaghuan, gave his speech and showcased how sacrosanct the security is on campus. Similarly, he said the security should be everyone’s priority within the campus, and he corrected the general conception that the security unit are not known to be maintenance, but they only have an allocation to the maintenance department.

In his speech, he exhibited few of their activities to be the enforcement of discipline, maintenance of law and orders on campus and controlling of traffic and hawkers. Also, he said that all users of love garden are expected to vacate the area by 10pm, sequel to the physical showing of irresponsible objects and also not to be a prey. He said also, that Okada operators are not allowed to operate on campus after 7pm.

On the cultism activities, it’s said that cultism is the mother of all crimes in tertiary institutions, where he addressed the issue of cultism as an overwhelming routine in the society, where the Polytechnic, Ibadan has not been an exception.

Also, in the institution, he addressed the case whereby cultists intimidates lecturers. To get to know some of the colours used by cultists, he gave an awareness of some colours like Black, Red, Yellow, and Blue which seems dangerous.

He concluded by advising all students not to allow anyone cajole them into the boat of cultism. He also advised everyone to be devoted to his/her duty which includes moral consciousness, self confidence, and many others. He ends his speech with the adage, “A word is enough for the wise”. To curb such acts, he gave the security unit digits to all should the case of emergency arise — 08154309162, 08055268927.

After that, Dr. F.B. Akeredolu, the Sport coach directed the students on how and when they can engage on sport activities on campus which Athletics, Chess, Football, Basketball, Taekwando, Tennis, Volleyball and lots more are among the sports. He advised many to participate in sporting activities in the institution as there are prizes for all participation in all segment of sports. Also, he created awareness in regards the forthcoming sport activities on campus.

To bring an end to the occasion, the Music department close the occasion with a stage-play passing the message across to all attendees that being focus in academic career is unassailable.

Dr. Sikiru Adetona Ajibola, Dean of Students’ Affairs gave his closing remarks by enjoining all students to know the basic reasons why they are in the institution. The orientation was led by the acting rector of the institution, Mr. Femi Ipadeola and host of other dignitaries.

The Day 2 of the orientation program continues on Thursday 14th March, 2019 at the 1000 Capacity Lecture Theatre, and students are expected to be seated by 8:30 am.