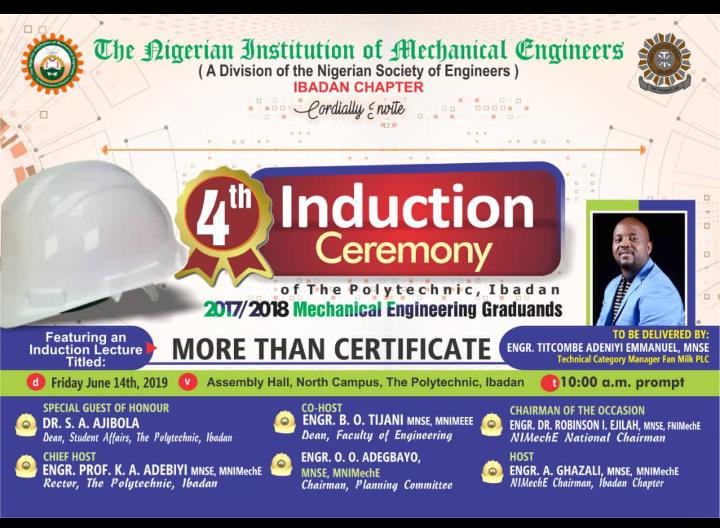 The importance of the event was made known to all by the NIMechE Chairman, Ibadan Chapter, Engr. Akeem Ghazali, as he welcomed all dignitaries present to the event. He furthered on the note that the induction is the beginning of their professional career. He mentioned also, some of the benefits of being a member of any Professional organization such as, networking opportunity, professional recognition and career development, out of many. He ended his speech as he gave all graduands a mark call to integrity to be professional in service, and to uphold the high ethics and values for which the Nigerian Engineers are known.

The welcome address was done by the Dean of the Faculty of Engineering, Engineer B. O. Tijani, where he appreciated the organizers of the event and went down the memory lane to tell that amidst the three Engineering aspects, the mechanical engineering is a noble one and has a lot of networking opportunity and professional recognition. He furthered more with imploration to all graduands who were been inducted not to pay more focus on their field of study alone, but the improvement of their self development for there’s more than certificate in the labour market.

The invited Guest Speaker, Engr. Titicombe Adeniyi Emmanuel (MNSE), in his lecture themed “More Than Certificate”, highlighted series of professional challenges and expectations in the practice of the profession. He also gave some fundamental keys of being a solution to every problem among which are; Making God One’s Friend And Dependant, Peer Groups, and One’s Self. He ended his speech by imploring all to be basically creative in their field and not all literate trades.

The presentation of the inductees to the National Chairman was done and oath was taken by all graduands to certify their membership to the division. 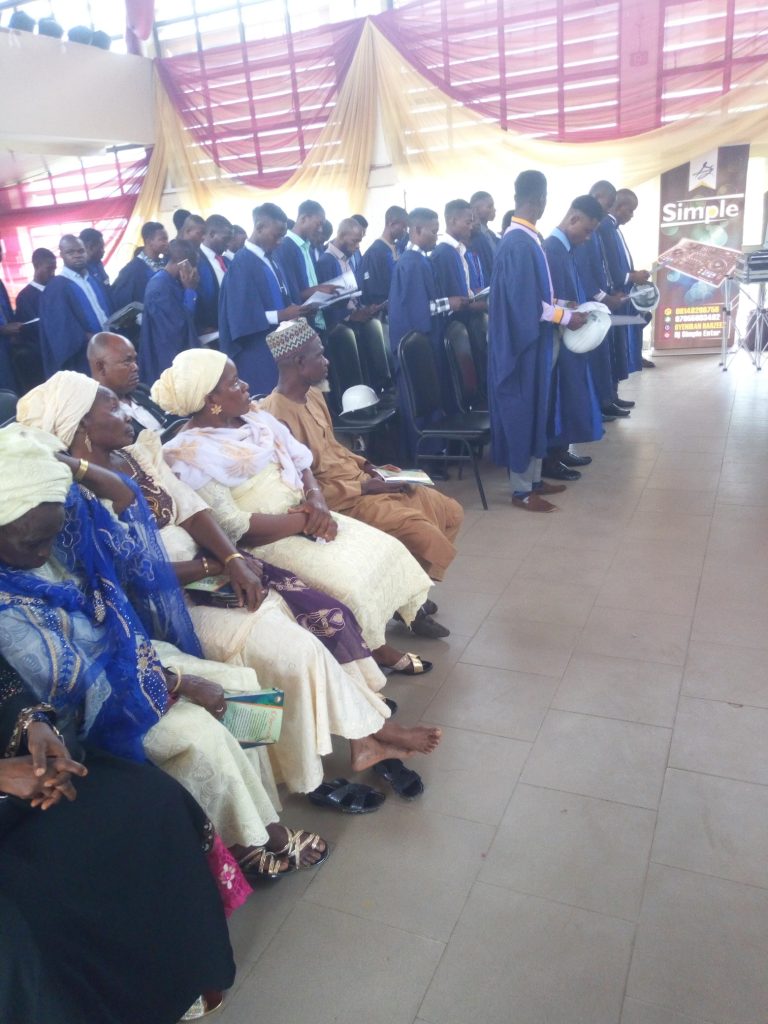 The word of advice and the closing remarks was done by Engr. R. A. Salau, and the vote of thanks was said by Engr. Bukky Yusuf, followed by the closing prayer by Engr. Aminu and the NIMechE Anthem.

The induction was graced by Engr. A. Ghazali, MNSE MNIMechE – NIMechE Chairman, Ibadan Chapter, HOD Mechanical Engineering and a host of others.