In collaboration with the Students’ Union Executives of PolyIBADAN, Clorets hosted the grand finale for the Campus Rhymes showdown on Thursday, the 1st day of August, 2019 at the Sport Pavillion, North Campus of the institution. 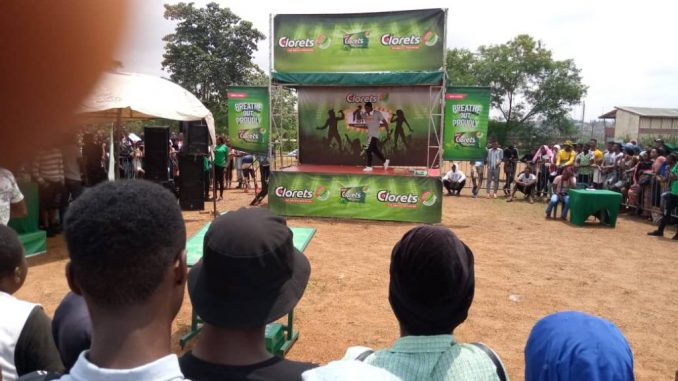 The rhymes competition which announced to host the hip-hop musician with the stage name, Small Doctor,  featured students rapper of the institution. Registration of candidates started on Monday 29th July, before the Grand Finale on Thursday, 1st August 2019.

Ten rappers who registered for the day’s contest were called on stage to perform after which five were disqualified by the audience as ordered by the MC. The Students’ Union Social Director afterwards gave his speech following a short interlude by some groups. He acknowledged the presence of all the students and also promised more events like such and while rounding up his speech, he announced that the guest artiste, Small Doctor, would in no time be available. 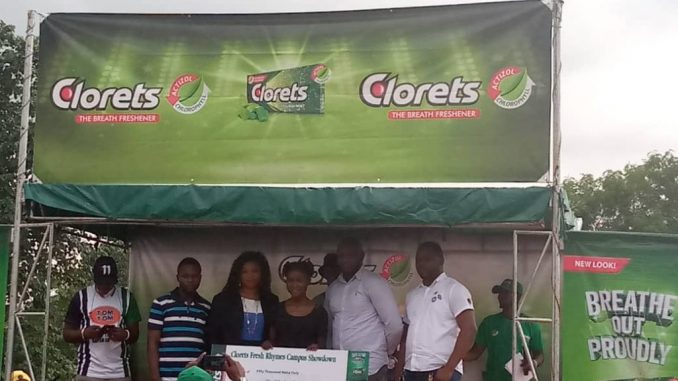 The event came to an end with a vote of thanks by the MC. Announcement of the absence of the guest artist, Small Doctor, seemed to pain every student as that constituted the main reason many students were present.